August Series Was Bad— How Do We Recover From Here ?

Winning gives us euphoria and nothing else.

A loss teaches us many valuable lessons. It is time to learn and put the learning into practice.

There is no better teacher than introspection and history. I recall few incidents of heavy losses in the past. Those of the readers who have attended the Futures and Options Workshops know the story of one recovery in January 2015 to March 2015 period. That recovery gave me confidence that with a methodical approach to trading, one can be back on to the road to profitability. All of us may not have some conviction. That is why I am sharing another such episode from the past.

The past gives us courage to face the grim present and look forward to a bright future.

This was one of the worst months. Let the chart tell its own story. 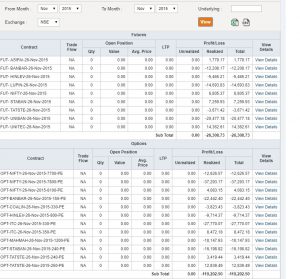 Looks similar to our situation in August 2018.

At the end of month decided to reduce the trading for next month ( There were other personal reasons for this decision ) and be in a relaxed frame of mind.

Not that it helped much. 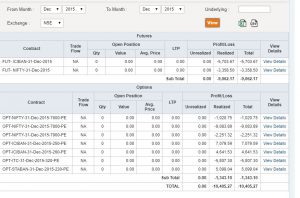 Another losing month though the loss is not too big.

The faith in the method is continued and January turned out somewhat better. 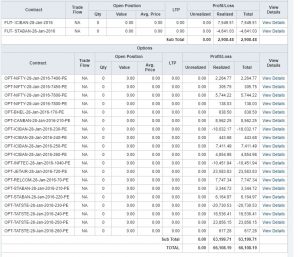 Some relief. The profits could have been higher but some small quick profits were booked which was a mistake. Anyway it is in the past. Lessons learnt and moved on. 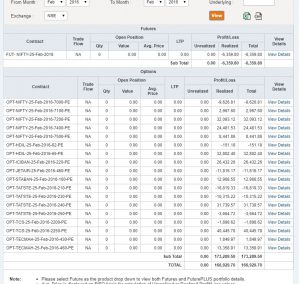 Finally the rewards for persistence came in February. All the loss made good. All is well that ends well.

Though past performance is no guarantee for the future but it is still a useful indicator. We all know that profits and losses are part of the trading game but can not ignore the fact that losses inflict real pain on the psyche of a trader.

It is in such situations that we have to seek inspiration from the past. Yes, it was done in the past and can be done again.

This is as much for the readers as for myself.