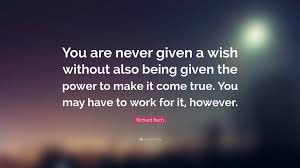 What a day it turned out to be?

Many readers have commented that they had not seen such volatility ever. Probably those readers were not trading in the year 2008. Yesterday reminded me of 2008 when such volatility was normal. Your decision making capacity is impacted by the sudden volatile moves. We watch the moves and at times miss the opportunity on taking benefit from it. I believe this happened with many of us yesterday. The power to make wishes come true is certainly with us but using that power rightly is not easy.

A look at NIFTY.

It is the period in the middle of the day which worked for us. Yesterday I had hoped that at least 3 out of the 6 stocks in which we are into trades should be making new lows. How nicely they did it?

Beyond our wildest imagination. 5 out of 6 ( except BHARTIARTL) made the new lows. The new trades suggested yesterday , PNB and SUNTV also went on to create new lows.

It was a dream day for PUT BUYERS. A kind of day rarely seen. We are not likely to forget it in a hurry.

Even when NIFTY was up 100 points in the morning, this stock was not showing strength. It was moving down slowly. When NIFTY went down, this stock just crashed. At one stage it was down 35%. 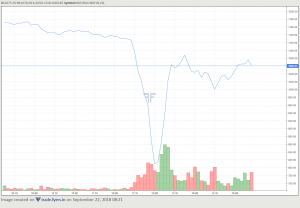 PUT 1160 traded for a high of Rs. 353. When deep in the money, liquidity vanishes and the bid ask spread becomes bigger. Such moves are difficult to trade. Some readers haveposted in comments that they exited at Rs. 290 or 230 or at some other price. Well, congratulations to all those who made good money in these trade.

I am still in the trade. It can prove to be a wrong decision or it can turn out right over next 4 days. We never know what the future has in store for us.

Yesterday it went below the previous 52 week low and recovered from their to close near Rs. 336.

PNB and SUNTV also did exceptionally well at one stage and then recovered strongly. Those who booked profits did well. Those who did not, well, that is market. We may get another chance.

BHARTI and ZEEL ended up positive and the PUTS lost value. At one stage these were also profitable.

TATAMOTORS did well but this stock also recovered sharply from the new 52 week low.

Here is the chart for booked and notional profits:

I know it is mainly because of L&TF, but many of the readers have booked better profits in SUNTV, PNB and IBULHSGFIN. Overall, it balances out.

Just a snapshot of my two exits yesterday:

Let us enjoy the heady feeling for the weekend. It is surely a big relief from the brutally wrong trades in August. Like I have stated again and again, it is all about belief in the methods and sticking to your job. We did our part and the market in its own wisdom decided to reward us handsomely this time.

We wait for Monday with anticipation.